Sara Kirby talked with me about her dreams and goals as a board member of the Parkrose School District. You can read part 1 of our discussion.

What do you hope to accomplish if you are reelected?

If I get reelected, in the next four years, this next year is going to be a tough one because there’s no funding coming through, but what I hope is to continue putting the pressure on. Even if I don’t get reelected, I’m still going to use my knowledge and interest to push for that, to keep advocating for the funding. We got to get [the Student Success Act] passed the House, the Senate, the Governor’s got to sign it, and then it’s got to survive a potential petition and ballot potentially next January. I’m most excited about us getting that funding and doing cool stuff for Parkrose kids and putting those things back, and I would love to be a part of that — putting things back. —

How would you encourage other parents to get involved in ways other than serving on the school board?

Definitely at your school, but also stop in the district office. You can talk to Susan who works at the front desk there. That’s where we have a community group called the Community Solutions Group, and that’s a group we’re trying to get folks who might not be tied into PTOs or parent groups at the schools. That’s one way that they can get involved, or come to a board meeting to listen and learn more. Our superintendent has a monthly newsletter he puts out. You can go to the district website to sign up for that and find out a little more about what’s going on. He puts out a lot of good information about activities and events but also how to get involved and where there might be specific needs. Even volunteering — a lot of what our kids have is dependent on volunteers to facilitate it. It’d be great to get people to coach Lego robotics teams at the elementary schools. My husband has really fond memories of participating on a science Olympiad team when he was in middle school, but we don’t have a sponsor for that. That would be a parent volunteer who could organize that at the middle school. So go to the school front desk and match what your interest is.

What is your dream vision for the Parkrose School District?

My dream vision for a school district is that any kid can do what they want, and what I mean by that is that Parkrose, just like every other school district in Oregon, has a discipline disparity of kids of color versus white kids, an achievement disparity of kids of color vs white kids, and an opportunity gap. Your race should not be a predictor of your outcome or any sort of discipline, and right now that’s the case across Oregon. I think that that we have some good policy, programs, and systems in place to address that. We’ve been making progress, but that would be a dream vision to me — that your race is not a predictor of any of those things. We’ve got an equity policy, working a lot in that space, and that our staff reflects the diversity of our community and that’s a big vision. If those things were to happen, that’s a big piece for me, because once I got on the board, I feel like every kid in Parkrose is my kid. With that goal comes a lot of responsibility, and even though those might not be the issues facing my kids, all the kids need [to have the same opportunity.]

I had a really unstable childhood. I went to three different elementary schools, three different middle schools, and two different high schools, but because I was a smart white kid, public school was a good place for me. When I get on the board, I learned that every time a kid switches schools, they lose about six months of progress in their education. We have a highly mobile population in East Portland, so I want to see housing stability, affordable housing, those other things I was talking about in discipline and outcome disparities. When those things are addressed and we’re meeting basic needs, we can build up more. I want to see my kids if they want to play water polo, or want to do golf or tennis, or if they want to be on the debate team—we just had a teacher establish a debate team at the high school—they can do all of those things. [I don’t want a barrier] for any kid. That we have all the programs and services that we remember as kids in public school.

What does a school board do that people might not realize or understand?

People don’t understand what a school board does, but the number one thing a school board does is recruit, hire, retain a superintendent, so a school board is basically at glorified public oversight committee where our main job is to monitor our sole employee, the superintendent. He or she is the executive of the district. Then we also have to pass policy, set a calendar, and approve a budget. The main thing is effectively managing the superintendent. If you flip that the other way, the board of five has one employee. That one employee has five supervisors who are elected but only have the power to give the superintendent direction in a majority vote. As an individual board member, I am powerless. Every individual board member is powerless to do anything. We have to take a majority vote to take action and to provide direction to the superintendent and the district, so it’s different than being a state rep or a state senator or a city commissioner. It’s a lot more similar to other boards than it is to any other government function.

What do you like that Superintendent Michael Lopes-Serrao has done in his first year?

I think he has doubled down on reconnecting with the community and getting out to events and groups and really taking the time to talk to people and to listen. That’s a hard task for him to come in his first year of being superintendent and have to make major cuts. So he’s had a hard task too to say, “I’m going to make Cuts again, and yeah, I know we don’t have all these things” but also (say) “the legislature’s talking about this thing that is going to give us a lot of money, and if so, what are we going to put it back in?” [He’s] hearing from the community about what they value most, so it takes a lot time to get the foundation right. 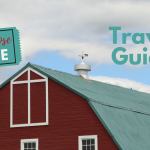 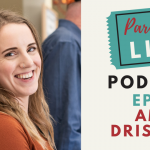 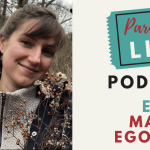 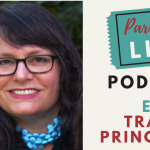 Bryan Atkinson is a licensed real estate agent #201210457 in the state of Oregon under Rarebird Real Estate.