A few years ago, Michael Spinella of Spinella’s, a family restaurant in Gresham, met Joel Sheley of Gateway Brewing, 114 NE 133rd Ave, Portland, through a friend who brews.

“I wanted someone that would make a couple beers for me that I could name and market as Spinella’s,” Michael says. “I started with two – South of Powell IPA and Spank Me Golden Ale. The beers were delicious, and the idea was a success.”

“That definitely is a feather in my cap for sure,” he says. “It signifies what we’re trying to accomplish – collaborating with a customer to come up with a product that they know their customers are going to like.”

“It’s real nice to have that feedback from a customer,” Joel’s business partner and wife, Karen, adds. “It helps us to design new beers that the customers will enjoy.”

“It is a relationship that helped us both,” Spinella says. “I got to name beers for us, and he got an outlet to sell more beer. We have since become friends, and I appreciate having the best brewer around.”

Joel attributes his business success to being “agile and flexible.” Karen adds being a small brewery means Gateway doesn’t have to demand its customers make a minimum order. A commercial customer can order as little as one keg – even less – from Gateway, whereas bigger breweries can’t operate with such flexibility.

Both he and Karen also noted the Covid lockdowns presented a massive challenge to their business, as it did to so many others. As customers could no longer sip pints in bars, Gateway focused on selling more cans of beer, with Karen adding that customers can actually order their own six-packs with six completely different beers, at gatewaybrewingpdx.com.

“I was canning a lot,” Joel says with a smile, talking about the height of the lockdown era.

As the pandemic continues, with uncertainty affecting bar and restaurant customer flow, Joel and Karen have strived to stay positive and focus on making all their customers content, the couple notes.

“No one likes a grumpy brewer,” Karen says with a laugh.

Joel created Gateway in March 2015 with his wife of 15 years, Karen, who handles the brewery’s business operations. The couple met while both working at Widmer Brothers Brewery in Portland, where Joel held lead positions in the cellaring, kegging, and bottling departments. Karen, who worked in wholesale supply management, production planning, and materials management, says that interestingly, it wasn’t a mutual interest in beer that initially sparked their love, it was also cycling.

“We went on some bike rides and those were some early dates,” Karen recalls with a chuckle, noting her future husband considered a ride from Portland to Multnomah Falls a typical ride, whereas for her it was more like a marathon. Nonetheless, as the wheels turned their love grew, and the couple eventually married and have a daughter, Malina, 12.

A graduate of Northwestern University, Karen taught English for several years in the 1990s in Czechoslovakia as well as in one of its two successor states after it broke up, the Czech Republic. The Czechs have a thriving and centuries-old beer culture that intrigued her, she says, and she found living in the European nation inspiring.

“The beer culture permeated so many aspects of social life and also the economy – the original pilsner style was actually invented there in the city of Plzeň.”

The Sheleys like the Parkrose area so much, their brewery even named a pilsner in the community’s honor and collaborated with the City of Maywood Park to brew the official Maywood Park Amber Lager, and the couple notes they dream of opening a family restaurant here where they can sell Gateway beverages.

“I live here, so whatever I can do to boost the neighborhood, I’ll do,” Joel says, noting he’s participated in numerous community events (including winning the best pairing award at Cowabunga, a remix of the Rossi Farms Barn Bash) and that he would like to somewhat expand his business.

“I wouldn’t mind having a few more employees.”

“We really want to create that place where neighbors can go,” Karen adds. “It’s definitely needed in Parkrose and Gateway, an all-ages place where families can go. That’s our dream — to have our family-friendly brewpub in Parkrose.” 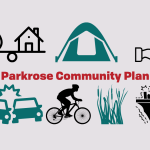 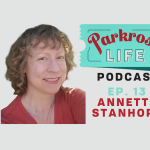 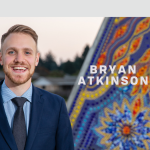