A few weeks ago, Macie Schaeffer, manager and boxing instructor at Equip Academy, 13828 NE Sandy Blvd Portland, OR 97230 (Sandy Plaza), was walking home when a man started to follow her and harass her.

“Finally, he called me a ‘bitch’,” she recalled. “I thought to myself, ‘Well, I guess I need to face this.’ I turned around and just said, ‘Are you talking to me?’ I knew I could take care of myself, and he must have sensed that in me too because he just turned and walked away.”

The longtime boxer wants everyone to be able to feel as confident as she did when confronting a potential attacker.

“I feel way more safe and able to handle myself because I know how to box,” Schaeffer says. “That’s what I want for Parkrose and Portland — people who feel safe and at home in their experience.”

Schaeffer adds, however, that being able to defend yourself is far from the only reason one should study boxing.

“Boxing is a way to feel empowered and confident in the world,” she says. “If you have never tried it, you should try it at least once.  The feeling boxing gives you is one of the best. It allows us to feel safe in our bodies; it allows anxiety to leave for a moment; and it brings peace and clarity to a sometimes-chaotic world.”

Schaeffer’s gym, Equip Academy, allows her to share her love of boxing and other martial arts with the public. Since Jan. 2020, EA has offered boxing, kickboxing and mixed martial arts striking classes.

The gym is outfitted with weights, treadmill and rowing machine, and also offers personal training or private lessons to individuals seeking to improve their skills.

Equip Academy has a specific mission to serve young people, Schaeffer says, noting no one under the age of 18 is ever turned away even if they are unable to pay for lessons.

“This is super important to us and a big reason why we wanted to open up a space,” Schaeffer says. “We want kids who don’t usually have access to martial arts to have access.  We believe in the power of martial arts, specifically boxing, to uplift the community.”

Open 8 a.m. to 6 p.m. Monday through Friday, and 3 to 9 p.m. Sunday, Equip Academy sees an average of 15 students, ranging from ages 11 to 50, daily. You can learn more about the gym’s services at equipacademypdx.com.

“Clients who sign up with any of the three businesses/coaches have access to all three coaches and may see all three in the gym space,” Schaeffer says.

All classes at EA start the same way: A customer wraps their hands, then does three rounds of jump rope. Then the customer practices shadowboxing with gloves on.

Professional and amateur fighters training at EA focus on specific combinations, drills and improving their methods and skills, Schaeffer says.  They also prepare for fights by training for their opponent through such activities as sparring and learning their opponent’s particular pugilistic approach.

Meanwhile, hobbyists and young people concentrate on the basics, she says. For example, she says, “it’s a little-known fact, but the most important component of boxing is your feet. After learning your footwork, you then learn how to hold your arms to defend against punches. Then you learn how to throw a jab, then a cross.  After that you can learn some jab-cross combos.  When you have the jab/cross down, you learn the other punches. Then you can start learning some combos.”

After getting down the basics of boxing, newer students can graduate to “hitting the mitts,” she says, referring to punching the mitted hands of a coach or classmate.

“It is super important to note that hobbyists and kids will never hit each other or be hit by anyone,” Schaeffer adds. “Hobbyists only hit the mitts and the bags, not each other, ever.  The cool thing about being a hobbyist or a student at our gym is that you get the same instruction and attention to detail as the fighters. You actually can learn to be a decent boxer, even if you never want to really fight.”

Like all businesses during the Covid pandemic, Schaeffer says she and her staff have had to cope with lockdowns.

“It’s been a bit hard to navigate, but we really believe in Parkrose, and we really believe in what we are doing to empower people, so we just made the decision to stick with the gym,” she says, noting this summer was the first time the gym could host uninterrupted classes for more than a month. “We had to pay rent for months without having any income because we couldn’t open, but it was worth it to us to keep going.”

“I experienced brain trauma because I have a brain tumor and had to have surgery and then radiation,” she says. “After brain surgery, I found boxing helped me heal both physically and emotionally. I want that for young people who need it, too.”

On that note, she reiterates her belief that Equip Academy should be a place for youngsters to learn and grow.

“We want to be a place kids can come and feel safe, empowered, and confident,” she says. “Money shouldn’t get in the way of an empowered, confident future for our young people.”

“The King” Keaneo “Young Gunz” Moyer fights for the Fire Power flyweight title February 12 in California, so stay tuned to his and Equip Academy’s channels to watch a local star rise! 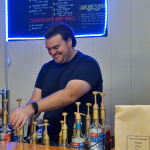 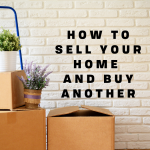 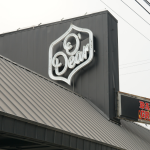